My Favorite Books of Last Year 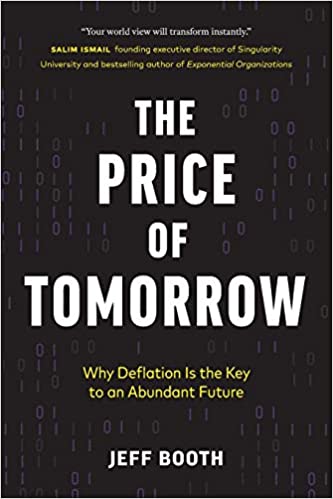 As some of the readers may know. I like to read. So here is a run down of the best books I read in 2020 that expanded my knowledge. I am going to provide the book title, a quick two line summary of the book and one bullet point from my takeaways list which I count as my most important takeaway. I hope others can do the same and we can all exchange our knowledge this way. Enjoy.

The price of tommorow is brought to us by Vancouver’s own entrepreneur Jeff Booth who presents a case whereby the way forward is to embrace technological deflation. He argues that technology is improving productivity in an exponential manner. This wave is causing massive money printing as Central Banks are fighting the trend. He argues that instead we should embrace deflation which has always been how we have gotten richer as people.

My Number 1 Takeaway: Whether we embrace it or not, I think technological deflation is here to stay. We should find ways to take advantage of the trend and ride along. Also, Booth gives a very neat example of how people cannot think in exponential terms. He asks people what is the size of the stack as we fold a piece of paper 50 times over. Few people understand that the correct answer is from the Earth to the Sun. I completely agree that our minds are tuned to a linear way of thinking and we don’t process exponential ways of thinking very well. This is one of the reasons why we named this business exponential real estate. It is with the hope that we can do our small part in educating people to the exponential nature of the world. Similar to Jeff.

Bob Iger stepped down this year from the CEO position of Disney. This is a biography of his life where he shares the lessons and stories that made him who he is.

My Number 1 takeaway: Early in his time as Disney’s CEO, Iger identified what he called beating heart of Disney. He identified that Disney Animation drove the rest of the company. This was a big reason why he had to move heaven and earth to purchase Pixar from Steve Jobs. When you run a business, always first identify the heart of the business. Following his advice, we went on a journey to identify the beating heart of Exponential Real Estate Group, you will see this year initiatives launched to support this endeavor.

Nomi Prins has been, shall we call it, a Rebel in the financial industry. This year I read two of her works. One was All the President’s Bankers and the other was Collusion. In this book she details how the Central Bankers have usurped the free market order of the world. She argues that using the financial crisis of 07-08, the unelected Central Bankers took over the financial markets and increased their own power.

My Number 1 takeaway: I am not as cynical as Prins. Having read books by Central Bankers such as Greenspan, Bernanke, Volcker, Mervyn King, etc, I feel that this is a group of dedicated economists who do their utmost to their given mandate. What became clear to me from reading this book that Central Bankers are now far more influenced by the government in charge. Whereas previously someone like a Paul Volcker could operate independently of the government; right now the government and the markets have a far greater impact on how the decisions are made. It is important to keep this in mind as plot our way forward trying to analyze situations such as long term interest rate moves.