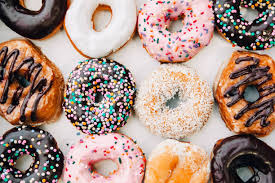 Recently this talk of a donut effect is all the rage. For those who aren’t familiar, the donut effect is essentially masses of people abandoning the centre of the city to the suburbs due to covid. Who can blame them? Crowded elevators in downtown highrises are seen by some as a rectangular 3D petri dish. Rents have declined by large margins in downtown core in many cities around North America. People have questioned the logic of these expensive boxes in the sky with little outdoor space. Actually, come to think about it, your indoor space isn’t exactly abundant either. That wonderful swimming pool and fancy gym that you used to enjoy after a long day at work? Closed due to Covid.

So, seems like the donut effect is real, what do we do? Whenever we come across this situation. I usually reach back to my own memory banks. It’s easy to react right now given the amount of raw emotion in the populous, but we have to put this into perspective. Covid has been a once in a century virus; based on past statistics, the chances of another Covid hitting us after we get past this current crisis isn’t high. It is likely that the work from home trend is going to continue given that people have become used to the comfort and convenience of working from their homes. However, recent announcements coming out of the investment bank sector shows that productivity isn’t as great as people want to believe when they are working from home. This doesn’t also account for the creative energy when you bring a group of talented individuals together in a physical space. Companies are starting to realize that maybe this whole work from home all the time thing isn’t as good as it is cracked out to be.

This has been corroborated by the announcement by amazon to expand their lease for downtown office space. I would certainly like to think that Amazon knows what they are doing. Finally, the first lesson I learned about real estate is, location, location, location. Location is like a monopoly that is protected by the land title act. Right now, that monopoly seems fairly worthless; I mean imagine I had an monopoly on umbrellas but the city stopped raining for a few months (come to think of it that’s what it sort of does from June to August); that monopoly however will be worth a lot of money when the rain comes back.

Remember, in real estate we always play the ultra long game, do not think in years, think in decades. It’s hard to imagine a place as beautiful as downtown Vancouver losing its luster a decade from now.

Sorry. No data so far.